Listen to the Voices
Written by Charles Boebel & Steve Lester
2007
The history of the small rural community is introduced to a younger generation through storytelling.  A combination of drama, humor, and music, Hill Fire tells of life in the South in the only way it can be told -  by true southern storytellers. 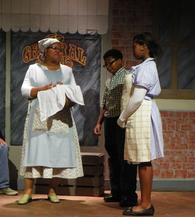 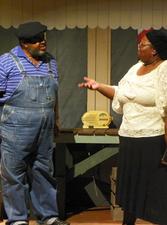 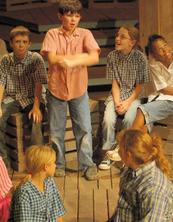 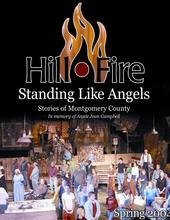 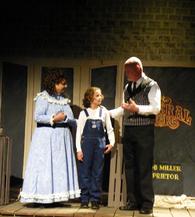 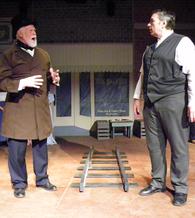 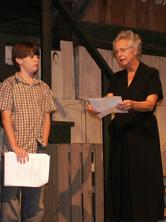 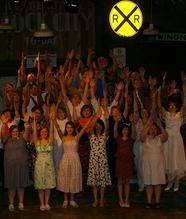 This fun-loving story is based on Home Is Where the Heart Is and Home Again - two books written by Arnold Douglas Dyre about his memories of growing up in rural Mississippi. Dyre's vivid recollections come to life in this humorous tale of a mischievous young boy as he finds his place in a world filled with his parents, his four sisters, and his dear friend, Mr. Jim. 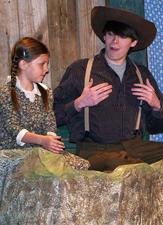 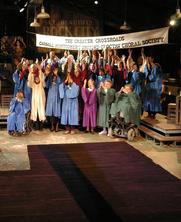 Athens of Mississippi is set in 1859 during the heyday of Middleton, Mississippi. Seated at the crossroads of two major thoroughfares, the thriving community has the potential for becoming one of the most prosperous cities in the state. But when opportunities arise, the residents of the small southern town tend to always be at odds with each other. Will they make the right decisions, or will they become responsible for the death of the town they are so desperately trying to protect? 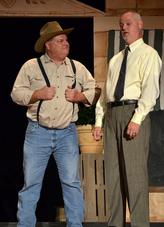 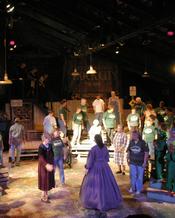 Off the Beaten Track

Off the Beaten Track is set in the late 19th century and follows three families who find their lives taken in a direction that they never intended to go.  As each family struggles to rebuild their lives, fate takes each of them on a journey that none of them expected. 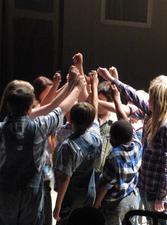 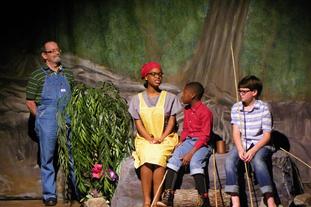 Of Life and Lemons

Set in a small Mississippi town at the onset of the Great Depression, “Of Life and Lemons” is the story of young Bobby Ray whose life is riddled with tragic circumstances.  His mother, Julie Mae, has recently lost her youngest child shortly after birth which leaves her torn and ill.  With no support from her husband, she takes Bobby Ray and his sister Esther to live with her mother and Uncle Fed far away from the only home they had ever known.   Bobby Ray is very close to his mother and is content just to be with her, but Esther, a Daddy’s girl, is angry and bitter that she has been taken from her father.  As the family begins to settle into their new home, tragedy strikes again leaving Bobby Ray feeling abandoned and alone.  He struggles to find his way, and with the help of his family and members of the town he now calls home, he is able to learn how to survive a life full of lemons.

The Home Front is a story set during World War 2 and depicts life on the home front during that time. The plot centers around an army Sergeant who works at a POW camp in Mississippi befriends a couple of German POWs and attempts to make their stay in America a little more interesting.

Last Train to Glory
Written by Charles Boebel
2005-2006
Last Train to Glory was a delightful play that prompted the reunion of a 1960s girls group that was popular in the community.  The original group actually performed on the Ted Mack Amateur Hour.  The highlight of this play was when the original group performed on stage with the girls who portrayed them in the show.

Bless This House
Written by Charles Boebel
2006-2007
The theme for this show included a story about two young boys and a startled skunk, making wine, a chicken snake, and a man who dug his own grave. There were also some touching scenes dealing with the separation of friends, a feud between two prominent families during the Civil War times, and the death of an alcoholic father.

Written by Charles Boebel
2004-2005
This play is centered around the reunion of singers and musicians from the surrounding area and the uniting of a diverse group of people who find that they can actually break down the fences that held them back in the past and be able to all live together in harmony.
Standing Like Angels
Written by Charles Boebel
2003-2004
This was Hill Fire's very first play.  Standing Like Angels told the story of Pete and Mary's journey to Pete's hometown where Pete finds that things have changed since he lived there.  The couple discover a lot about themselves as they encounter the townspeople and their trials and tribulations.
Time Will Tell
Written by Steve Lester & Elizabeth Locke Eldridge
2010-2011
Hill Fire’s “Time Will Tell” is about a small Southern town and the everyday lives of the people who call it home.  Set in the late 1960s, the story begins with the planning of Heritage Day  - a day for remembering times before electricity, indoor plumbing, and fast-paced life.  It’s also election time and the candidates hold an old-time political rally where certain campaign promises seem to get out of hand.  And the townsfolk are all abuzz when a television reporter comes to town for a special interview.
A Stone's Throw Away
Written by Steve Lester & Elizabeth Eldridge
2012-2013
A Stone’s Throw Away is set during the Great Depression and centers on a group of children who are bound together by their circumstances then ultimately separated by events beyond their control, and the grown man and woman who are reunited after a lifetime.
Rock of Ages
Written by Steve Lester & Elizabeth Locke Eldridge
2009-2010
Rock of Ages centers around Rebecca who passed away at the age of 107.  Rebecca was born in 1896 in the small community of Eskridge.  On the day that she was born, her brother, Cooper, chiseled his name and the year on top of a huge rock that was located on their family’s property.  The legend of the inscription was passed down through the generations and in 1989 the infamous boulder was rediscovered by a distant relative of Rebecca’s.  And the rest, as they say, is history.  And what a history it is.
In His Hands
Written by Steve Lester and Elizabeth Locke Eldridge
2008-2009
This play includes three inspirational stories which show that we should not be afraid to take a chance, not be afraid to live our dreams, and not be afraid to place our lives completely in His hands.